The case of Au Vodka Ltd v NE10 Vodka Ltd and another [2022] EWHC 2371 (Ch) demonstrates the approach a court will adopt to determine whether to grant an interim injunction in a passing off claim.

Crucially, the extensive time cost and evidential difficulties suffered by the claimant in this case is a pertinent reminder of the preferable position of using a registered trade mark to protect brands, rather than relying on a claim for passing off.

As this case shows, even where there is clear similarity between the appearance of products, a court will only grant an interim injunction in favour of the product owner if certain preconditions are satisfied. A claimant must consider which elements of the appearance are similar, whether there is concrete evidence of consumer confusion and whether any loss suffered during the court process can be addressed by damages rather than requiring an interim injunction.

NE10 Vodka Ltd (NE10) recently began to manufacture its own range of vodkas which are also sold in opaque, metallic bottles of a similar shape to those manufactured by Au Vodka, but silver in colour.

An ‘interim injunction’ is a temporary court remedy and in this case Au Vodka sought to prevent NE10 from selling its vodka during the court process between the parties.

An interim injunction differs from a ‘final injunction’ because it only lasts for the duration of proceedings and if the claimant succeeds it is then replaced by one or more final remedies. A ‘final injunction’, as an example in the context of this case, would prevent NE10 from selling that vodka for an indefinite period and is the likely remedy Au Vodka would have sought.

A claim for ‘passing off’ seeks to show the defendant party is selling goods or services which deliberately or unintentionally imitate those of the claimant party, usually goods of a similar physical appearance. This creates confusion in the market and ultimately damage to the claimant.

It is a relatively difficult claim to bring and prove, particularly the evidence of confusion. If the claimant party has a registered UK trade mark, it could choose to enforce its rights as a registered trade mark holder instead, which is both easier to do and more reliably achieves a positive outcome for the claimant than an interim injunction and final hearing stages. This process often avoids the need to go to court.

Au Vodka has, from 10 March 2015, had a UK trade mark covering the ‘Au’ logo only. However, it could not rely on this IP right alone against NE10 because:

The Au logo and NE10’s logo are not, in isolation, very similar. Additionally, NE10 had not registered the logo on its vodka bottles as a UK trade mark – it had only registered the word mark ‘NE10’.

This meant Au Vodka was forced to bring a passing off claim rather than assert its rights as a registered trade mark owner.

The case and its relevance

Au Vodka filed a letter before claim pointing to several IP rights which it considered were being infringed – its ‘Au’ logo trade mark, and, through passing off, common law rights in the logo as registered and the shape of the bottle, among others.

In considering whether to grant an interim injunction, the judge referred to the test set out in the case of American Cyanamid which states the matter ‘should be decided primarily on the balance of convenience, rather than on the relative strength of the parties substantive cases as they may then appear’; in essence, a practical approach rather than one based on strength of evidence.

The judge considered Au Vodka had assessed the bottles’ similarity incorrectly. The judge viewed the different colour of the bottles as a more important factor than that of their similar shapes and metallic nature (which Au Vodka had focussed on).

Furthermore, Au Vodka’s evidence of consumer confusion pointed to examples of speculation as to whether NE10’s bottles related to or were inspired by Au Vodka, rather than an assumption they were Au Vodka’s own products.

Finally, the judge considered that damages would be an adequate remedy for any loss suffered by Au Vodka during the court process, should the interim injunction not be granted. Au Vodka’s position in the market would not be significantly affected in the meantime, nor its reputation. It was, therefore, not appropriate to grant an interim injunction

3 key takeaways: seeking an interim injunction for ‘passing off’

The most valuable takeaway, however, is to ensure you have a full range of registered trade marks in place. This can avoid having to bring a time-consuming and evidentially difficult passing off claim, and can instead exercise the more straight forward option to enforce your rights under those trade marks.

At Hamlins, we can assist you with identifying which trade marks you need to protect, reporting on existing similar trade marks and applying for the UK registration of your trade marks. 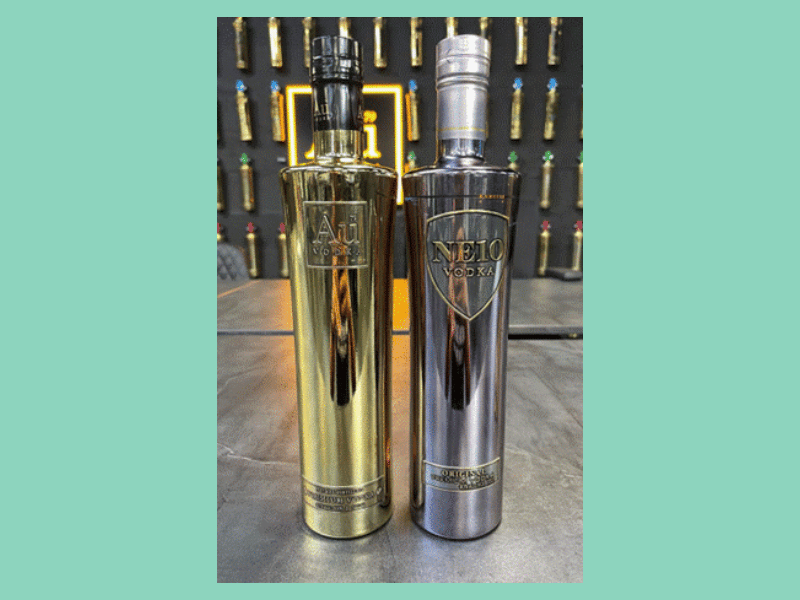