The operator of a world renowned hotel in London, Claridge’s Hotel Limited (“Claridge’s”), has succeeded with its trade mark infringement and passing off claim against a small, one-woman company based in Kent called Claridge’s Candles. However, Claridge’s will not be waxing lyrical about the victory; as a result of a successful non-use counterclaim, Claridge’s was forced to surrender one of its trade marks, and to significantly curtail the specification of the other.

Claridge’s has operated its London hotel under the name CLARIDGES since its incorporation in 1889. Claridge’s Candles have been selling candles (as shown below) and reed diffusers since around September 2018, and were intending to sell other premium personal care products to complement their candle business. 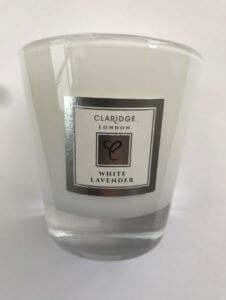 On 12 October 2012, Claridge’s commenced its action against Claridge’s Candles and its owner and director (together, the “Defendants”) for trade mark infringement (under s.10(2) and s.10(3) of the Trade Marks Act 1994) and passing off,  initially relying on two registered trade marks for the word “CLARIDGE’S”.  However, as a result of the Defendants’ counterclaim for revocation of both marks for non-use, Claridge’s voluntarily surrendered one of its word marks (for goods like domestic utensils, tableware, glassware, vases and candle holders, for which it could not prove genuine use) and partially surrendered its registration of the second (the “’526 Mark”).

The sole trade mark relied upon by Claridge’s at trial was therefore the ‘526 Mark, registered in Classes 3, 5, 16, 35, 43 and 44 which covered, amongst other things: toiletries, bath preparations, printed publications, retail services connected with the sale of food and foodstuffs, hotel, restaurant, café and bar services, and provision of beauty treatments.

Unsurprisingly, Claridge’s succeeded in its claim for trade mark infringement under s.10(3) and passing off on the basis of its “very substantial reputation” and goodwill in the UK for hotel services. However, the Defendants’ were partially successful in their  counterclaim to revoke the ‘526 mark on the basis it was over five years old and had not been used across the full breadth of its specification. This meant Claridge’s could not rely on the goods and services in Classes 3 and 5 (the closest to the goods offered by the Defendant) to pursue its claim under s.10(2), and resulted in the specification of the ‘526 Mark being significantly pared back.

This case is a reminder that, for genuine use to be established, the mark must be used in relation to the goods /services covered by the registration in a manner which shows the owner intended to create or maintain a market for those goods and services.

The evidence and arguments which Claridge’s put forward to establish genuine use of the ‘526 Mark were focused on its use of toiletries and related goods in Classes 3 and 5, as it considered these to be the closest to the goods offered by the Defendants (i.e. candles and reed diffusers). Claridge’s submitted that, although there was no market in the toiletries (which were provided to hotel guests for personal use, and were included in the price of the room), such use was sufficient to justify a registration for toiletries, because the public took toiletries into account when selecting a hotel room. Furthermore, some members of the public sold their CLARIDGE’S branded toiletries on eBay, which Claridge’s argued showed they saw real value in them.

However, the Court disagreed with the Claimant’s submissions. While Claridge’s could demonstrate it had provided its hotel guests with thousands of bottles of Claridge’s branded shampoo and conditioner, the Court held this was not genuine use as it was not done to create or preserve a market.

It is common for hotels to offer complimentary goods and services to their guests, and for brands to offer own-brand ‘freebies’ as part of their marketing campaign for certain new products or services. This case, along with previous cases (such as Silberquelle, in which the mark in question was used on alcohol free drinks handed out as a free gift along with clothing) makes it clear that if brands wish to protect their trade marks in respect of certain goods and services, they will need to do more than just give them away (even if the recipients do see enough value in them to sell them on eBay…). Further, if a brand does wish to take action against a third party for trade mark infringement, they should expect the registration on which they are relying to be attacked for non-use, if it has been registered for over 5 years. They should therefore select the registrations, and the goods and services, on which they will rely carefully to avoid their claim falling away.

Hamlins advises clients in a number of sectors on protecting, and managing, their trade marks. Please contact Matthew Pryke if you would like any further advice. 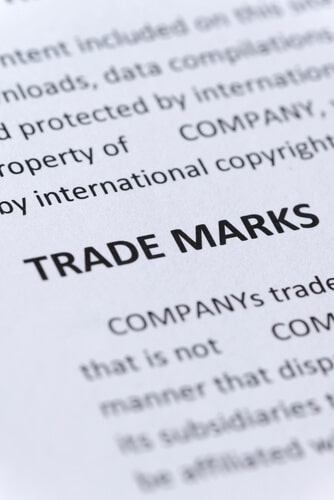