Will the Commercial Rent (Coronavirus) Bill and Code of Practice be fit for purpose?

It has been a tough two years for businesses struggling to deal with the ongoing impact of the COVID-19 pandemic. Many businesses, especially in the retail and hospitality sectors, were forced to close as a result of multiple mandatory lockdowns. The government introduced various pieces of legislation to deal with the issue of commercial rent during these periods. This legislation dictated a range of limitations on the recovery of business rent arrears including the issue of statutory demands and winding up petitions and a moratorium on the forfeiture of business leases.

Following the government’s initial response, the question of commercial rent arrears has been looming in the minds of many. While business tenants have benefitted from the limited action available in relation to rent arrears, the time is coming for these debts to be reckoned with. In the two years since the start of the pandemic, an estimated £7.5-£9 billion in rent arrears has been accrued. In response to these ever-growing debts, the government has proposed a scheme of compulsory arbitration to address such commercial rent arrears when restrictions on recovery are finally lifted.

The Commercial Rent (Coronavirus) Bill (“the Bill”) is expected to come into force on 25 March 2022. The Bill was first introduced in the House of Commons on 9 November 2021 along with the introduction of the ‘Code of practice for commercial property relationships following the COVID-19 pandemic’ (“the Code of Practice”).

The Bill seeks to ring-fence those rent arrears, service charges and interest which accrued during and as a result of the periods of forced closure of businesses, which were affected at least in part due to COVID-19 restrictions.

If landlords and tenants are unable to reach an agreement as to payment of the ring-fenced debt, the Bill provides for either party to refer the matter to a binding arbitration scheme, (as set out in Part 2 of the Bill). It also provides for the suspension of other remedies and methods of enforcement in respect of the affected debt, including forfeiture, until such time as the arbitration is concluded (Part 3 of the Bill). The Code of Practice supplements the Bill by providing guidance as to negotiations and settlement prior to arbitration, which should remain a last resort, and is of course not itself binding.

In order to utilise the scheme, either party must refer the dispute for arbitration within a deadline of six months from the date on which the Bill is enacted, having first notified their opposing party. This is a tight timeframe, especially considering an estimated 7,500 business tenants may seek recourse through this arbitration scheme.

As part of the arbitration scheme, the arbitrator may award ‘relief from payment’ to a business tenant or they may dismiss the referral. Relief from payment may consist of full or partial write off of the debt, additional time for payment including in instalments (up to a maximum period of two years), and reducing any interest applicable under the business tenancy. Several factors are to be considered in the making of an award:

Ultimately, the Bill is a potential tool for business tenants who continue to suffer due to COVID-19 and the Bill aims to restore and/or preserve their viability while ensuring they meet their obligations under the lease, insofar as they are able, in order to reach a proportionate solution with commercial landlords.

Unsurprisingly, there is much apprehension as to the effect and efficacy of the Bill and Code of Practice. The Property Litigation Association and Property Bar Association have written to the government setting out various concerns regarding the Bill. Some of the concerns considered include:

It is estimated as many as 7,500 business tenants or landlords may seek to use the arbitration scheme introduced by the Bill, with a mere six month time period for referrals to be made. It is yet to be seen if the scheme will be able to handle the volume of referrals in such a short period of time, and may result in delays to the process. It is possible, however, that the Secretary of State may extend the period for referral.

The factors on which the arbitration award is to be assessed are broad and open to interpretation. It is not certain how much training arbitrators will have on the content of the Bill and the application of these factors. There is legitimate concern as to variance of awards and lack of consistent application of the factors. It is also uncertain as to how such variation in awards will be monitored and/or rectified. One example with potential to create a significant dilemma is the ‘viability’ of a business tenant, as no specific definition is provided as to what makes or does not make a business tenant viable.

The applicant will be liable to pay the arbitration fees in advance (excluding any fee for an oral hearing).  However, it is only after an award has been made that the arbitrator can make an award requiring reimbursement by the other side (which is generally anticipated to be a 50/50 split).  Legal costs incurred by each party are otherwise not recoverable by any term of the business lease, which includes arbitration fees.

This may well provide for an unfair system in which those in a stronger financial position will be able to sustain participation in the arbitration process and afford expert (and perhaps more expensive) legal counsel. This is particularly disruptive given that many of the business tenants applying, for whom the scheme is designed to help, may not have the funds to engage in the process with the same degree and vigour.

The Bill states the award made and reasons for doing so must be published by the arbitrator, excluding all confidential information if consent to publish is not forthcoming from the parties. This is aimed at protecting the legitimate business interests or individual interests of the parties, however, compulsory publication may act as a deterrent to using the scheme in any event.

In particular, the arbitration scheme shall be utilised by business tenants who are likely struggling financially as a result of the COVID-19 pandemic and their viability, along with the solvency of the landlord, is specifically to be considered. While some awards may be dealt with on paper, some will require a hearing and these too will be heard in public with no discretion on the arbitrator’s part.

The risk or concern of publication and of a public oral hearing may well discourage parties from utilising the scheme. On a more positive note, this may encourage parties to seek settlement and to reach agreements on their own terms without relying on referral to arbitration.

There are some industries, parties and scenarios which may conceivably fall outside the scope of the Bill and its arbitration process, which is arguably designed for somewhat common and straightforward situations and leaves many questions unanswered. For example, the definition of a business tenancy has not been extended to include head tenants who are not in occupation of the property. Arrears in relation to a head tenant will not fall within the scope of the scheme and, as such, an award which results in a shortfall of rent arrears from the tenant in occupation may come to be the responsibility of a head tenant who themselves are unable to refer to arbitration.

As the scope of the Bill does not currently cover particularly complex circumstances, it also does not account for leases in relation to which the properties have been or are being sold, where the parties to the lease may have changed during the relevant period. It is also fairly silent on the position of guarantors or previous tenants who may be subject to an AGA. There is limited use of the Bill for guarantors and they will be unable to refer a dispute or participate in the arbitration process.

The arbitration procedure as set out in the Bill is lacking in its consideration of circumstances, with short timings and narrow scope. The complexity of individual matters may lead to delays and increased costs, as arguments are put forward in relation to interpretation of the factors and arbitrators struggle to grasp how to properly apply the Bill to complex disputes.

For example, some business tenants will have multiple locations and therefore multiple leases (containing differing terms) each of which may need to be referred to the arbitration scheme. The time and costs implication on a business tenant in such a position could prove onerous and unsustainable, especially considering the short time frame for referrals which will force such costs to be incurred almost simultaneously. It will also likely highlight discrepancies in the application of the factors, especially assessment of viability, and the determination of differing awards for similar circumstances as a result of interpretation by different arbitrators. The inconsistencies could become quite glaring and necessitate the need for appeals and Court judgments to provide answers on statutory interpretation.

While the Bill’s arbitration scheme is designed and aimed at helping to process the overwhelming amount of COVID-19 related debt from commercial leases, it is likely to result in a lack of consistency in arbitration awards. Confidentiality for landlords and tenants may be called into question and the scope of who can use the scheme, and in what circumstances, may simply prove too narrow to address the bulk of the issue. Logistical issues such as timing and funding may prevent those who need it from obtaining appropriate financial relief and the system itself may become too strained from lack of capacity.

Alternatively, it is possible that landlords and tenants will engage more amicably with negotiations and settlement outside of the scheme, under threat of referral. Of course, there will certainly be some business tenants who benefit from the arbitration scheme and subsequent binding award, however, the extent and impact of the scheme on a general scale is questionable.  Whether the Bill will prove to be a useful recourse for landlords and tenants in dispute will remain to be seen.

The Hamlins Real Estate Disputes team has expertise in both commercial and residential matters. We seek to obtain the best outcome possible for every client, no matter how big or small the issue may be. If you would like to find out more about how Hamlins can help you, don’t hesitate to contact us. 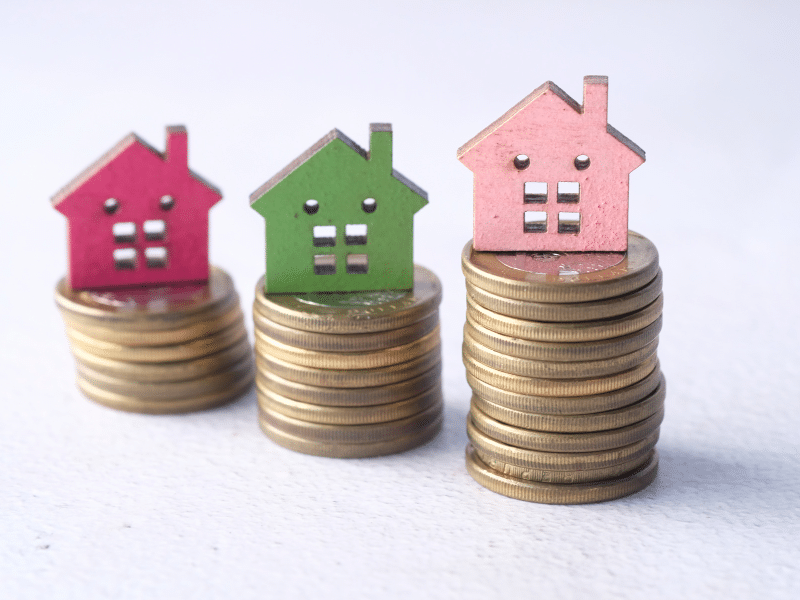