When does Waiver mean Waiver?

In the case of Stemp and Tiffany v 6 Ladbroke Gardens Management Limited (5 December 2018) the Upper Tribunal found that it is possible to waive the right to forfeit a residential lease prior to a finding from the first-tier tribunal that service charges are reasonable. The Upper Tribunal was clear that the relevant issue was whether the landlord was in a position to make an unequivocal choice to proceed with forfeiture, not about whether he was in a position to exercise the right.

In the first instance, the landlord sought a determination from the First-Tier Tribunal (FTT) of the sums owed by the tenant for a project of major works. The FTT decided that the tenant had to pay the sums in full, which it did. However, this application for a determination had been made by the landlord in contemplation of forfeiture of the tenant’s lease. Under section 81 of the Housing Act 1996, a landlord is required to obtain a decision from the tribunal (or a court) as to the reasonableness of service charges prior to commencing forfeiture action for service charge arrears.

The landlord demanded the tenant waive the legal costs of the previous proceedings. It claimed these under s146 of the Law of Property Act 1925 which provides that tenants have to pay the landlord’s costs incurred in contemplation of forfeiture proceedings. The tenant disagreed with the landlord and argued that, as the landlord had waived the right to forfeit the lease by committing various acts (including demanding service charge after the earlier proceeding commenced) the costs were no longer recoverable.

The FTT found it did not have the jurisdiction to determine whether the right to forfeit had been waived. Accordingly, they could not make a decision on this issue. However, the FTT found that if there had not been a waiver of the landlord’s right to forfeit, then the legal cost amounted to £26,381.98.

The tenant submitted that the right to forfeit had been waived by the following:

The landlord argued that there had not been any waiver because

Although the use of the word ‘leaseholders’ was a convenient phrase for the landlord to use (as they were indeed that until the lease was forfeited) and the landlord was obliged to serve consultation documents upon the tenants, the Upper Tribunal disagreed with both submissions made by the landlord. It stated that it was possible for the landlord to know the relevant facts and waive the right to re-enter in spite of not knowing the final decision by the FTT of the total costs due. He also added that demanding payment of the on account service charges (reserved by the lease as rent) operated as a waiver of the right to forfeit the lease. Lastly, whilst the landlord had wanted to rely on the terms of the lease as to access, this was an unclear act in this particular context. However, if the landlord had issued proceedings to rely on the terms of the lease, the result would have been different.

Landlords are now clear that the right to forfeit a residential lease can be waived before the entitlement to forfeit can be exercised in accordance with section 81 of the Housing Act (i.e. obtaining a prior determination as to the reasonableness of service charges). Although this decision did not concern the obtaining of a declaration of breach under section 168 of the Commonhold and Leasehold Reform Act 2002, the judge made reference to this requirement in his decision and it seems likely that a right to forfeit could also be waived before a landlord obtained such a decision. 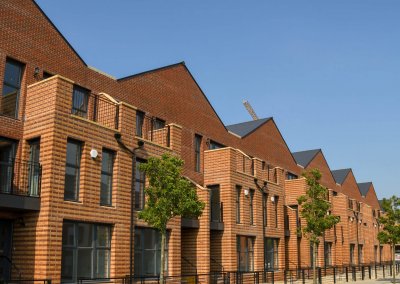