What can you do when a child’s private information has been misused?

Whilst not as widely reported as other privacy claims, children do bring claims for misuse of private information. However, in these circumstances because the claimant will be a child, any legal proceedings must operate under special rules and procedures. These are known as infant claims.

The Civil Procedure Rules (CPR), specifically CPR 21 and Practice Direction 21, set out the practice and procedure for civil claims brought where a child is a party. These requirements are designed to safeguard the child’s best interests as a protected party.

Why all children need a litigation friend

In civil litigation, a child is recognised as a person under the age of 18. All children require an adult to conduct court proceedings on their behalf and this adult is known as a litigation friend.

Generally, no steps can be taken in proceedings until a litigation friend has been appointed. Any steps taken before this – aside from issuing and serving the claim form and the appointment of the litigation friend – will be considered void unless the Court orders otherwise (CPR 21.3(2)).

Any individual acting as a litigation friend must consent to act, not have any adverse interests to the child, undertake to pay any costs which the child party may be ordered to pay in relation to the proceedings, and must conduct proceedings in a fair and competent manner (CPR 21.4(3)). These are qualities that often make a parent or guardian a suitable litigation friend, although this does not mean that the position cannot be fulfilled by any other adult meeting the criteria.

It is important to be aware that the relevant period for bringing a claim for misuse of private information on behalf of a child does not commence until the child turns 18. A child has six years from their 18th birthday to bring a claim, after which they may be time-barred under the statute of limitations. Practical considerations may also apply, including that the claim must be brought promptly to restrict further dissemination of the child’s private information.

Justice must be seen to be done which means that, generally, the presumption is that the public should be able to attend and observe proceedings and that proceedings should be free to be reported by the press. However, there will be cases where this is not appropriate and one example of this can be infant claims when it is deemed the matter should be heard in private to protect the interests of the child.

Anonymity orders are a necessary consideration in infant privacy claims. In the case of JX MX (A Child) v Dartford & Gravesham NHS Trust [2015] 1 WLR 3647, the Court of Appeal held that unless a Court is satisfied that it is not necessary to do so, the Court should grant an anonymity order for the protection of a claimant who is a child and his or her family.

An anonymity order would mean the child is described in the proceedings using a cipher e.g., ABC or XYZ. This protects the child’s identity from being reported in the public domain, which is critical for safeguarding a child’s best interests, especially where the child has been successful and received a large award of damages. In some cases, it may not be in the child’s best interests for friends and family to know they are now in possession of a large amount of money.

Equally, reporting restrictions can also be necessary to protect the child, especially to prevent the press reporting on any hearings where details of the child’s private information are discussed in open Court. It also prevents a non-party from inspecting or obtaining a copy of any document on the Court file that identifies the child or could lead to the child being identified (e.g. a document which identifies their parent).

It is sufficient with an adult’s claim for compensation for a Claimant to simply accept a settlement amount and then receive payment. By contrast, in claims involving children, there is a procedural requirement for the Court to approve any settlement, compromise or payment and acceptance of money. CPR 21 stipulates that no settlement involving a child is valid without the Court’s approval. These are known as infant settlement proceedings.

If settlement is achieved after a claim is issued, an application for approval of the settlement should be made following the procedure in CPR 23. A draft order may be required should a settlement provide for periodical payment of damages to the child (PD 21.6.3(2)). The Court must be given information and evidence regarding what is to happen to the damages received and an opinion on the merits by counsel or a solicitor acting for the child.

Infant settlement proceedings will be necessary even if the claim settles before it is formally issued, in which case proceedings will need to be commenced under the Part 8 procedure. An application for anonymity and reporting restrictions should be filed at the same time. This is important as approval hearings will normally be held in public unless a Judge orders otherwise. It is imperative that parties review CPR PD 21.5.1 when seeking infant approval using the Part 8 procedure. This sets out what information must be provided to the Court with the Part 8 claim.

A child has just as much of a right to privacy as an adult, and arguably more so, given they are considered vulnerable members of society. Children can become targets of the media because of who their parents are or what they do for a living.

In privacy claims brought by adult claimants, distress features as a common example of the damage caused by unauthorised infringements of privacy. In contrast, the Courts in England and Wales have acknowledged that a child claimant, pursuing a cause of action in privacy, can receive damages even if they are not found to suffer distress or consequences from the misuse (see Murray v Big Pictures (UK) Ltd [2008] EWCA Civ 446 and AAA v Associated Newspapers Limited [2012] EWHC 2103 (QB), where the Court awarded damages to a child for a breach of privacy for the repeated publication of a photograph of the Claimant being pushed by her mother in a buggy. There was no suggestion the publication had caused distress to the Claimant).

It is always worthwhile consulting a solicitor if you believe your child’s private information has been misused. They may have featured in print media such as a newspaper or magazine, broadcast media such as a film or television programme, including reality TV shows and fly on the wall documentaries, digital media such as social media or websites or any other form of media.

We have experience of acting for children in privacy claims and our specialist team can assist in advising about the merits of your case. The Hamlins Media Disputes team has considerable expertise in taking legal action under privacy and data protection laws. If you would like to find out more about how Hamlins can help you, please get in touch. 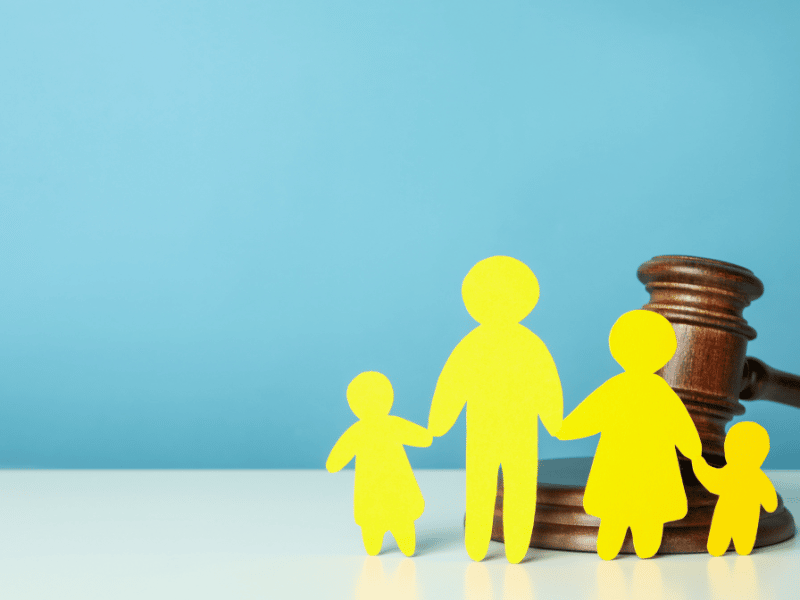