Wagatha Christie – The Grand Finale: The Winner is….. Coleen Rooney

No one could have failed to notice the media circus that surrounded the “Wagatha Christie” libel trial in May 2022 and the numerous Court hearings in the run-up. The case attracted so much interest there was even a Radio 5 Live podcast devoted to daily updates from the court. Channel 4 has also confirmed it is going to make a docudrama about the case, with its head of factual entertainment reportedly stating it was “more outlandish than a storyline from Footballers Wives”.

In case it was sometimes difficult to tell who was the Claimant and who was the Defendant, Rebekah Vardy sued Coleen Rooney for defamation after Ms Rooney published a post on her Instagram, Twitter and Facebook pages which exposed Ms Vardy, in the form of a “whodunnit”, as the person leaking private information about Ms Rooney to The Sun, with the big reveal: “It’s ……….Rebekah Vardy’s account”. It was this approach that led to Ms Rooney being dubbed as “Wagatha Christie”.

Defamation claims usually have a hearing at an early stage to determine what the words would be understood to mean. In this case, Mr Justice Warby determined that the meaning of Ms Rooney’s post was:

At trial, Ms Rooney accepted that her post was defamatory, but argued that it was true: Ms Vardy, via her agent Caroline Watt, leaked information to The Sun on a regular basis. The burden was on Ms Rooney to prove that the meaning found by the judge was substantially true.  She pointed to potentially crucial evidence belonging to Ms Watt that was missing: Ms Watt’s mobile phone was lost in the sea, just after she was ordered to hand it over so that messages contained on it could be inspected. WhatsApp messages between Ms Vardy and Ms Watt were missing, and a laptop belonging to Ms Vardy was disposed of. Ms Watt did not give evidence at trial. The inference drawn by Ms Rooney was it was Ms Watt who actually leaked the stories, with Ms Vardy’s approval. Ms Rooney argued that it was a case about betrayal: did Ms Vardy betray Ms Rooney, or did Ms Watt betray Ms Vardy?

At noon on 29 July 2022, Mrs Justice Steyn delivered her judgment in which she emphatically agreed with Ms Rooney’s truth defence: Ms Vardy did indeed leak stories about Ms Rooney to The Sun.

The Judge was scathing in her assessment of Ms Vardy’s evidence. In relation to Ms Vardy herself, the Judge found “There were many occasions when her evidence was manifestly inconsistent with the contemporaneous documentary evidence… and others where she was evasive …. Ms Vardy was generally unwilling to make factual concessions, however implausible her evidence. This inevitably affects my overall view of her credibility…” [39].

The Judge noted that “Ms Watt is a vital witness to the matters in issue, whose absence is striking” [43]; found that “the primary reason Ms Watt was so very reluctant to give evidence, and has suffered adversely from the pressure to do so, was that she knew that to a large extent the evidence in her statements was untrue” [47]. The Judge went further, stating “I also draw the inference that Ms Vardy chose not to call Ms Watt because she knew that when tested in cross-examination her evidence would be shown to be untrue, and that it would have been highly likely to have undermined the claimant’s case that she had no involvement in disclosing information from [Ms Rooney’s] Private Instagram Account.”[48].

In relation to the missing documentary evidence, the Judge found that the likelihood that Ms Watt had accidentally lost her phone at sea very shortly after she was ordered to hand it over for inspection was “slim” [69]. The judge considered the Ms Vardy’s explanation for the missing WhatsApp messages as “improbable” [70]; even Ms Vardy’s forensic computer expert found Ms Vardy’s explanation “surprising” [60]. The Judge stated “In my judgment, it is likely that Ms Vardy deliberately deleted her WhatsApp chat with Ms Watt, and that Ms Watt deliberately dropped her phone in the sea” [70].

In summary, the Judge held that:

“I have found that Ms Vardy was party to the disclosure to The Sun of the … Posts. It is likely that Ms Watt undertook the direct act, in relation to each post, of passing the information to a journalist at The Sun. … [I]n my view, that Ms Vardy knew of and condoned this behaviour, actively engaging in it by directing Ms Watt to the Private Instagram Account, sending her screenshots of Ms Rooney’s posts, drawing attention to items of potential interest to the press, and answering additional queries raised by the press via Ms Watt. [285]

[…]Having regard to the evidence that is available, and my conclusions regarding the evidence which is missing, it is appropriate to draw an inference that Ms Vardy and Ms Watt together leaked more information from [Ms Rooney’s] Private Instagram Account over the course of 2017-2019 than that which is contained in the eight posts to which I have referred. [286]

In my judgment, the conclusions that I have reached as to the extent to which the claimant engaged in disclosing to The Sun information to which she only had access as a permitted follower of an Instagram account which she knew, and Ms Rooney repeatedly asserted, was private, suffice to show that the single meaning… is substantially true. … the essential sting of the libel has been shown to be true.[287]”

The judgment is an unmitigated disaster for Ms Vardy. Far from repairing her reputation as she intended, the outcome has caused potentially irreparable damage to it. Conversely, Ms Rooney’s investigation and grand reveal has been vindicated.

The Judge found crucial evidence directly relevant to the claim was deliberately destroyed by Ms Vardy and Ms Watt. The absence of evidence enabled the Judge to draw adverse inferences which supported Ms Rooney’s defence of truth.

Many will be wondering why Ms Vardy proceeded to bring a claim in which she put herself under the microscope of public scrutiny in circumstances where she, as the judge found, destroyed evidence that would likely have supported Ms Rooney’s truth defence. It is a salutary reminder that the destruction of documents in the course of litigation can lead to very serious, and costly, consequences indeed. 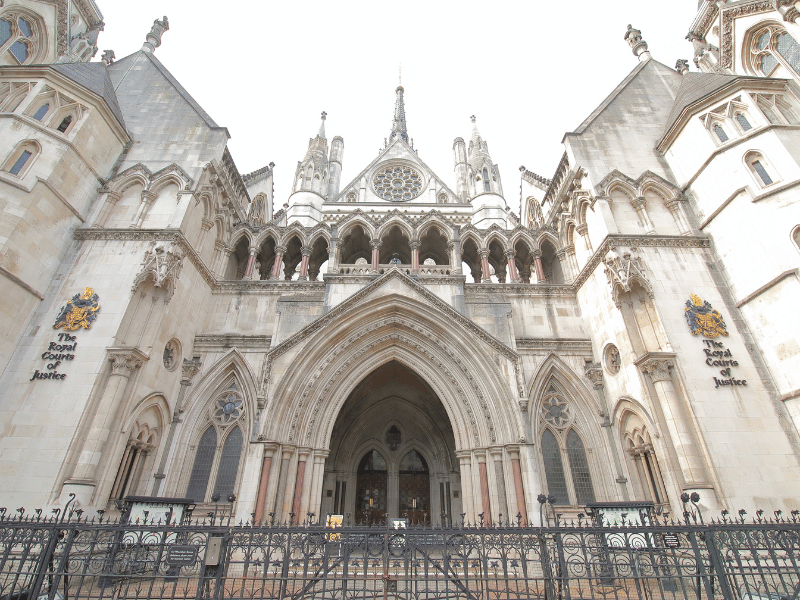 Wagatha Christie – The Grand Finale: The Winner is….. Coleen Rooney

‘Overseas entity’ register series: what lenders can be doing now to prepare for compliance