Singer songwriter and TV and radio presenter, Ronan Keating, today accepted a public apology from News Group Newspapers Limited (“NGN”), the publisher of The Sun and the (defunct) News of the World, for NGN’s invasion of his privacy over a period spanning three decades.

In addition, NGN has agreed to pay the Magic FM and BBC1 One Show presenter substantial damages and provide undertakings that it will not access or attempt to access Mr Keating’s private information by unlawful means.

Mr Keating’s claim focused on a large number of articles published about events which occurred over a prolonged period of his life and which should have remained private.

“Mr Keating identified a number of articles published by the Defendant’s newspapers, between 1996 and 2011, which he claimed contained his private information and which he asserted were suspicious. During this time, Mr Keating used his voicemail extensively and would regularly exchange voicemail messages with his close friends and family. The publication of these articles generated distrust which impacted on [Mr Keating’s] relationships and caused him considerable distress and upset.”

NGN has also agreed to the payment of Mr Keating’s legal costs.

In a statement following the hearing, husband and father Mr Keating, said:

“I am delighted NGN has now accepted responsibility for publishing countless articles about my and my family’s private life that should have remained private. For many years I was suspicious as to how my private information was being obtained and I am overjoyed that I can now put this episode behind me and move on.

I would like to thank my solicitors, Christopher Hutchings and Ellen Gallagher at Hamlins LLP, for the sensitivity and care they have shown me throughout the process; they have provided clear and excellent advice and I am thrilled with the outcome.”

“Ronan has had a long and successful career in the public eye, but this did not permit NGN to invade his privacy unlawfully and on a vast scale over a substantial period of time. I am delighted for Ronan that NGN has finally been held to account for the damage caused, and that a positive outcome has finally been achieved.”

Hamlins LLP continues to act for a large number of individuals in the phone hacking litigation against NGN and also MGN, and to fight in the civil courts to expose the full extent of unlawful information gathering activity by the newspapers and seek appropriate redress for the misuse of their private information. 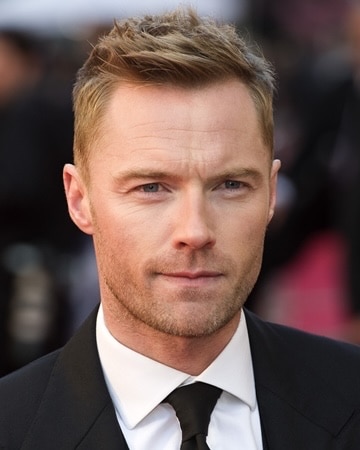