Right to a fair trial outweighs right to freedom of expression

The law may, at least on occasion, be fairly criticised for being out of step with technological advances.  However, the Divisional Court’s decision in the case of Attorney General v Stephen Yaxley-Lennon [2019] EWHC 1791 (Admin) makes it clear that the courts will not tolerate social media users disobeying trial reporting restrictions or interfering with the proper administration of justice.

After over one year of technical legal wrangling following his initial conviction, on 5 July 2019 the Divisional Court found Yaxley-Lennon (aka Tommy Robinson) guilty of contempt of court.  He was subsequently jailed for nine months.

On 25 May 2018, Yaxley-Lennon live-streamed video footage on Facebook recorded outside the Crown Court at Leeds where the case of R v Akhtar (a case in which a number of men were tried for serious sexual offences) was being heard. The Divisional Court came to the conclusion that Yaxley-Lennon’s publication of the footage was in breach of reporting restrictions; there was a substantial risk that the course of justice in the Akhtar case would be seriously impeded; and his interactions with the defendants as they entered court amounted to an interference with the proper administration of justice.

In their judgment handed down on 9 July 2019, the President of the Queen’s Bench Division Dame Victoria Sharp and Mr Justice Warby set out the reasons for their decision. In their view, the case “…raised important issues about how the law of contempt applies to those who seek to report and comment on criminal proceedings and, in particular, how they conduct themselves in and near the courts” [103].  Yaxley-Lennon sought to rely on his Article 10 right to freedom of expression in his defence, in other words, that he should be free to hold opinions, however offensive they may be, and receive or impart information without interference from public authorities.  Ultimately this argument cut no ice with the court: the judgment makes clear that freedom of expression cannot justify an interference with fair trial rights, which are unqualified [91].

The Yaxley-Lennon case highlights two almost contradictory points.  First, live-streaming is extremely difficult to police: despite Yaxley-Lennon being arrested just over one hour after he started streaming and taking steps to remove the content from his Facebook page (which has or had around 1.2m followers) around 10,000 people had already viewed the footage.  The footage went viral and by 29 May 2018, with the trial ongoing, it was submitted it had been viewed 3.5m times.  It could be said that the damage was already done.  Second, however, by convicting Yaxley-Lennon, the court has sent a powerful message to social media users that they are not beyond the law, and that the right to a fair trial will outweigh the right to freedom of expression.

The Divisional Court found that Yaxley-Lennon deliberately filmed and broadcast the footage in the full knowledge that reporting restrictions were in place for the Akhtar trial. However, there have been a number of cases in recent years where people have fallen foul of the law on contempt because they were ignorant of it, or that they did not consider their actions to be in breach.  For anyone publishing content relating to court hearings on social media, whether live-streaming or otherwise, it would be sensible for them to consider the potentially serious consequences of doing so. 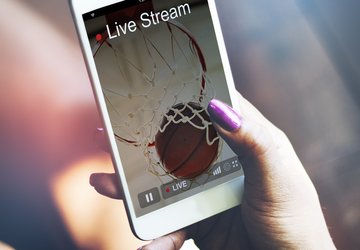