The case of Stanning v Baldwin [2019] EWHC 1350 has raised a number of interesting questions, giving the High Court the opportunity to tackle three issues which are often experienced by developers, being: (1) rights of way, (2) drainage and (3) boundary disputes. The decision is useful for those seeking to establish rights based on long user.

Glynis Stanning, the claimant, owned a property known as the Coach House (“The Coach House”) which was located in the North East corner of Gerrard’s Cross Common (“the Common”). The Coach House itself was built in 1978 to replace the original property located in the corner of the common. When construction took place, the existing drainage systems laid under the common which connected to the public sewers were reused for the new building.

In 2017, Mrs Stanning obtained planning permission to demolish the Coach House and build four terrace houses with underground parking for nine cars. Mr Baldwin, the owner of the Common, raised concerns over the proposed redevelopment at the Coach House. The parties attempted to negotiate an amicable outcome, but ultimately failed to reach an agreement. The three most contentious issues between them were; the intensification of the right of way, the right to drainage from the properties, and where the boundary would lie.

To determine the outcome of this case the Court considered each of the three issues separately.

The Court did not consider the new use to be ‘self-evidently excessive’ despite the possible damage to the surface of the track from the excavation works during the construction phase, or potential increase in cars. This was because there was no radical change in the use of the dominant land, as the development remained residential and was not going to obviously cause a public nuisance. It was also highlighted the increased use of the right of way was not breaching any of the Common’s bylaws or any other statutory rights.

Based on these findings, the Court held that the continued use of the right of way would be permitted.

Upon reviewing the evidence, it became apparent that the construction of the original property in 1906 must have involved excavation of the Common to connect the drains to the main sewer, which would have been both open and obvious. Although it was suggested that this initial construction was carried out with permission, the Court held any permission (being a personal licence) would have expired on the first change of ownership of the servient land. As a result of this, it could not be shown that after 1962 when Mr Baldwin’s father purchased the Lordship of the Manor, that any permission had been granted to make use of the drains.

The only question that remained, was whether the use had been open? It was acknowledged, in the majority of cases, the unnoticeable use of underground drainage was not sufficiently open to give rise to a prescriptive easement. Relying on the test as to whether successive owners of the servient land had a reasonable opportunity of becoming aware of the existence of a drain or pipe under their property, it was held that during 1978 when the Coach House was constructed, this should have put Mr Baldwin’s father on enquiry as it would have been obvious that the Coach House required drainage. It would have been reasonable at the time of construction to ask what the situation concerning drains would be. Failure to do was enough to infer that he had sufficient knowledge of the drains, thus the use after that was satisfactorily open.

In the absence of any title deeds, the Court sought to determine the boundary based on the nature and location of the key boundary features over the years.

The court found that the claimant was entitled to continue using the right of way, despite the potential rise in use following completion of the development to Church House. It was highlighted that the defendant had never specified the amount of vehicles which could use the right of way. In regards to the right to drainage, it was held that the use of the drains had been without secrecy, force or permission, therefore giving rise to a prescriptive easement. Despite the drainage actually being underground, the use was sufficiently open to be a valid easement.

This case reiterates the importance of property owners making the appropriate enquiries when a neighbouring property is undergoing development, as the neighbour may acquire rights through long use. Without making these enquiries, a property owner may be unaware of the potential rights gained.

For property owners, it is also worth bearing in mind the importance of historical records and physical boundary features. There are instances, similar to this case, where in the absence of recent records, the Court will use historical deeds in order to determine issues, such as boundary disputes.

Finally, this case demonstrates how land owners, burdened with a right of way, may find it difficult persuading a Court the intensification of the use of the right of way is manifestly excessive, especially in circumstances where there is no change in the use of the land. 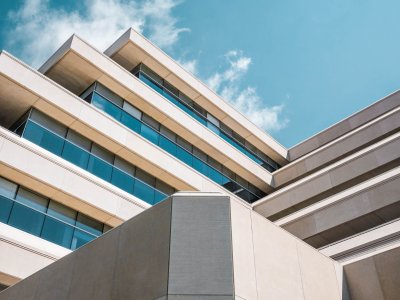