Since the UK adopted The Alternative Dispute Resolution (‘ADR’) for Consumer Disputes (Competent Authorities and Information) Regulations in October 2015, the use and application of ADR has increased. However, following a meeting of the Civil Justice Council (CJC) in January 2016, a working group was formed in order to review the use of ADR and determine how it could be encouraged further. An interim report was published in October 2017, followed by the final report in November 2018, both carefully analysing the different forms of ADR but ultimately sharing the view that Mediation is the principal process to consider.

Mediation consistently surprises parties involved in a dispute because of its ability to facilitate settlement when the possibility of such appears remote. The Centre for Effective Dispute Resolution (CEDR) describes mediation as ‘a flexible process conducted confidentially in which a neutral person actively assists the parties in working towards a negotiated agreement of a dispute or difference, with the parties in ultimate control of the decision to settle and the terms of resolution’.

Although mediation is largely viewed as a successful method of ADR, the CJC still believe that it is an untapped resource. They discuss how the courts could do more to encourage its use, and how the rebuttable presumption that ADR should be tried in every case could be implemented. The CJC recommend that the current position of asking a party to explain why they do not agree to a stay of proceedings for ADR through the use of Directions Questionnaires, could be strengthened. Instead, when parties want to reject the use of ADR they should only be able to rely on certain acceptable reasons. This would prevent the idea of mediation being set aside due to the complexity of a case or because there is a poor relationship between the parties.

The final report also goes on to consider the issue of cost penalties, and when they should be imposed on parties. The CJC believe that the system of reserving the question of cost penalties to post-judgment, such as in PGF II SA v OMFS Company 1 Limited [2013] EWCA Civ 1288, could be replaced by something more robust. In January 2012 the Claimant of the aforementioned case accepted the defendant’s Part 36 offer of £700,000 to settle two days before trial. Following this, the defendant imagined that they would be able to reclaim around £500,000 in costs; however, this was not the case. The claimant made a formal invitation to engage in mediation one year prior to the settlement, to which the defendant did not reply. As a result of this silence, which was held to be unreasonable, the Court of Appeal upheld the High Court’s original decision to disallow the defendant all of its costs between May 2011 and January 2012. This case demonstrated how the avoidance of ADR can have serious consequences, especially in relation to costs. However, the CJC claim there is a need to develop a process whereby costs sanctions occur earlier than post-judgment; namely when the decision on the use of ADR is made.

Another consideration made by the CJC is the implementation of a Notice to Mediate system, much like what has been adopted in British Columbia. This marks a huge step towards mandatory mediation as the service of a ‘Notice to Mediate’ compels the other party to participate. Following this, a mediator must be mutually agreed between the parties within ten days, or one will be appointed from a designated Court approved roster. Under this system, the only grounds for being excused from attending mediation are if the parties have attempted it previously, and failed.

The CJC make it clear in the final report that the UK’s position will not change in the immediate future as there is ‘no or very little support for anything approximating to blanket, compulsory or automatic referral to mediation’; but I suspect this will be monitored, and reviewed, over the next year. 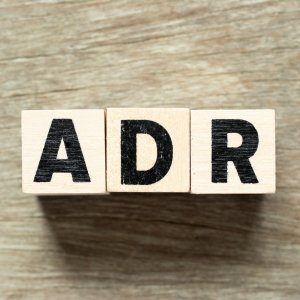