Following what constituted a three-year long and highly publicised legal battle, on 13 June 2022, Mrs Justice Steyn handed down her judgment in the notorious libel claim brought by high-profile businessman and Brexiteer Arron Banks against investigative journalist Carole Cadwalladr. The defamatory content in question related to statements made by Cadwalladr during a TED talk and in a subsequent tweet which accused Banks of holding secret ties with Russia, specifically in relation to accepting illegal donations as funding for Nigel Farage’s Leave.EU campaign.

In dismissing the claim, the judgment provided cause for celebration amongst free speech advocates who interpreted the lawsuit as a clear assault on legitimate journalism. It simultaneously granted sweet relief to Cadwalladr who has since described the financial and emotional impact of defending the claim as “crushing” and “debilitating”. Upon any reading of the judgment, however, it is apparent that free speech campaigners should refrain from declaring ultimate victory. Steyn J’s painstaking analysis of the evidence and delicate application of the relevant law demonstrated that the case was far from clear cut as the judge herself accepted.

One such curveball illustrating the precariousness of Cadwalladr’s path to victory came in the form of a preliminary issue trial on meaning in December 2019. Early determinations on the meaning of the words complained of are routinely used in defamation claims to encourage resolution of the claim, dispose of the action in its entirety, or at least determine the scope or costs of the litigation.

In this case, Saini J determined the meaning of both the TED talk and tweet to be that “on more than one occasion Mr Banks told untruths about a secret relationship he had with the Russian government in relation to acceptance of foreign funding of electrical campaigns in breach of the law”, which was a considerably more serious defamatory meaning than the meaning advanced (or indeed intended) by Cadwalladr in the first place. As a result, Cadwalladr was unable to prove that Banks had lied about accepting foreign funding for the Brexit campaign, as opposed to there being reasonable grounds to suspect the former and was subsequently forced to drop her truth defence. She also issued a public apology to Banks, accepting that the allegation conveyed under Saini J’s meaning would be false.

Sympathisers of Banks’ cause have since pointed to Cadwalladr’s apology as evidence of wrongdoing and irresponsible journalism. This is a misconception, however, as the apology did not constitute an admission that Cadwalladr intended to tell lies, nor comprise any kind of admission of liability, but merely reflected the legal consequences flowing from Saini J’s judgment. What the apology does demonstrate, if anything, is the way in which a ruling on one aspect of a defamation claim can completely transform the trajectory of the entire lawsuit. In this instance, it was (almost) to the detriment of the defendant.

As Cadwalladr was no longer able to prove that her statements were substantially true, she fell back upon the public interest defence instead which seeks to offer protection to “responsible journalism” in cases where the statement would otherwise be defamatory.

It is important to note at this point that Banks had already satisfied a key element of his claim – the serious harm requirement – as Steyn J had held that the TED talk (but importantly not the tweet) had caused serious harm to the businessman’s reputation due to the grave nature of the allegations and its widespread dissemination. In addition, Steyn J was careful to describe the claim as “legitimate”, stating that “it is neither fair nor apt to characterise this as a SLAPP [Strategic Lawsuit Against Public Participation]”. In doing so, this dismissed claims that the lawsuit was devoid of merit and brought for the primary purpose of silencing, intimidating and ultimately bankrupting Cadwalladr into defeat. When considered alongside the false implication of Cadwalladr’s statements arising from the preliminary issue trial, it is interesting to note that all the hallmarks of a strong defamation claim appeared to be present.

Ultimately, however, Cadwalladr was able to satisfy the three limbs of the public interest defence, namely that (1) the TED talk was in the public interest; (2) she believed that publishing the statement was in the public interest; and (3) it was reasonable for her to have held that belief. In determining the third and final limb, Steyn J attributed an enormous amount of significance to the extensive and lengthy investigations undertaken by Cadwalladr over the course of several years leading up to the TED talk. Every single document, email and report was tracked and noted in minute detail, ultimately culminating in an impressive amount of research which underpinned the reasonableness of Cadwalladr’s belief that her allegations were made in the public interest. In addition, in Steyn J’s assessment of the defence, she was not confined to the meaning determined by Saini J, but able to refer to the less damaging meaning which Cadwalladr intended to convey in the first place.

Commonly known as the Bonnick principle, this recognises that language is inherently ambiguous, and it would be unfair to evaluate the defence according to a more damaging meaning in circumstances where a journalist reasonably fails to foresee such a meaning, provided that the remaining elements of the defence are satisfied. In a recent Guardian article, Cadwalladr tapped into the rationale behind this, stating that it felt liked she had “stepped into the pages of a Kafka novel” when facing the possibility of having to defend a statement she never actually intended to say in the first place.

Lastly, Cadwalladr’s public interest defence only worked up until 29 April 2020, after which point it fell away due to the publication of a statement by the Electoral Commission who held that there was no evidence to suggest that Banks had breached the law. After this date, Cadwalladr’s belief that her statement was in the public interest was no longer reasonable. However, the judge found that at this point the continuing publication did not cause serious harm.

In upholding the public interest defence, the claim was dismissed. David and Goliath comparisons were evoked within the media, with Cadwalladr being depicted as the lone investigative journalist defeating the all-mighty business titan against the odds. Cadwalladr wasn’t just beating the financial odds, however, but also to a certain extent the legal odds. This isn’t to say that Cadwalladr didn’t have a strong public interest defence, at least not up until the publication of the Electoral Commission statement. What it does mean, however, is that it is extremely hard to rely on the defence and the case cannot therefore be said to represent a new era for freedom of speech in any real sense.

Journalists are still required to prove extensive and thorough research to demonstrate a reasonable belief in the public interest. Even where this is satisfied, as in Cadwalladr’s case, journalists must ensure that allegations are re-examined – and corrected if necessary – in light of new evidence, otherwise the defence will fall away. These are all considerations which relate to one aspect of a defamation claim, let alone the other elements which also demand examination and can influence the outcome of a case, for example serious harm and meaning, which happened to be found in the claimant’s favour in this particular instance.

In essence, Banks v Cadwalladr was far from a simple conclusion that the TED talk was not defamatory because the allegations were true, despite the tale of ground-breaking victory being spun by free speech campaigners. The case should serve as a cautionary reminder of the inherently unpredictable nature of litigation and the perils involved in pursuing a claim to trial for both claimant and defendant. This lesson remains particularly prudent as, following a hearing on 24 June 2022, Banks has since been granted permission to appeal the decision – unusually by Steyn J, the trial judge herself – on an issue of law relating to whether serious harm should be reassessed following the 29 April 2020 change of position. With Steyn J stating that the appeal has a “real prospect of success”, it appears that Cadwalladr is not out of the woods yet.

The Hamlins Media Disputes team has considerable expertise in taking legal action under defamation laws. If you would like to find out more about how Hamlins can help you, please get in touch. 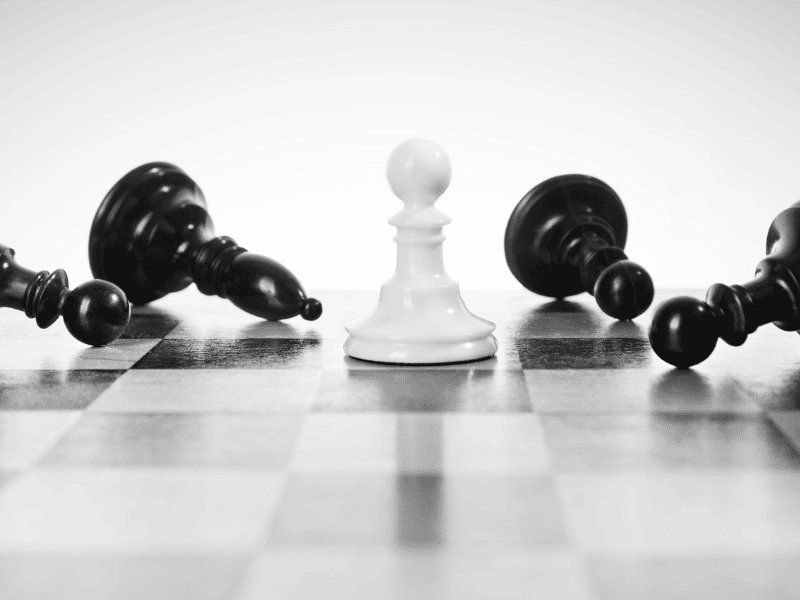