We are thrilled to announce all three of Hamlins Media Disputes partners have been ranked in the Spear’s 500 2022 Reputation Managers index.

Christopher Hutchings and Callum Galbraith are both Recommended and Alex Cochrane is recognised as a Rising Star. They are featured amongst leading reputation lawyers and reputation managers for high-net-worth individuals in the UK in this highly-regarded, annual publication.

Head of Media Disputes, Chris Hutchings, noted for bringing more than 30 years of industry experience, has led this fast growing department since 2010 and states it will continue to go from strength to strength. ‘We have moved up the legal directories, becoming one of only a few high-profile firms in the specialist area of media law,’ he says.

Callum Galbraith, a media specialist since the outset of his career, acts as a ‘long-term trusted adviser’ with clients ranging from musicians, actors and their agents, to politicians and business people. He is recognised as ‘no stranger to securing landmark damages (he has obtained more than £1 million in phone hacking cases) as well as a number of widely reported public apologies and judgements’.

Alex Cochrane, described as ‘an innovative rising star in the arena of reputation management’ is noted for his work ‘combating spurious allegations and managing public perceptions on social networks and in the press’.

Hamlins’ Media Disputes department is widely recognised for its expertise and notable client list in high-profile defamation and privacy cases. The team has established itself as the advisor of choice for public and private figures seeking advice in relation to defamation, reputation management, pre-publication libel and privacy law. 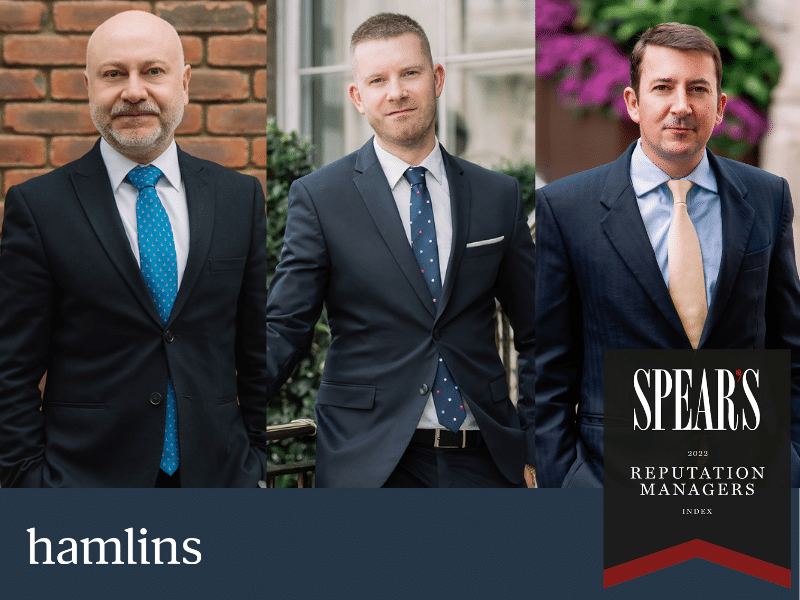