Collective enfranchisement – the sky’s the limit

A recent decision by the Upper Tribunal in the case of LM Homes Ltd and Others v Queen Court Freehold Company Ltd [2018] UKUT 367 (LC) has highlighted the difficulties that freeholders and developers can face in realising development or development hope value, when confronted with a collective enfranchisement claim.

In this case, the Tribunal determined that:

This decision is perhaps not surprising, but will be frustrating for investors and developers who will find it increasingly difficult to ring fence parts of a building for development. It has become clear that the only way to create certainty over developable parts of a building, which qualify for collective enfranchisement, is to actually develop them before a claim for collective enfranchisement is made.

The property was a purpose built block of flats comprising 45 flats over eight floors, and a basement which stored the water tanks, boilers, oil tanks and electrical switchboards which serve the whole building (“the Building”).

The tenants of the majority of the flats exercised their right to buy the freehold of the Building by serving a notice under the Leasehold Reform Housing and Urban Development Act 1993 (“the Act”). An agreement was reached regarding the terms of acquisition of the freehold, the headlease, and the intermediate leases of 10 of the residential flats. The transfers of these interests were completed.

However, the landlord disputed the tenants’ right to acquire the leases of the airspace, basement (including the staircase) and subsoil as they wished to retain the area for redevelopment purposes.

The two issues faced by the First Tier Tribunal were:

This judgement could have practical implications for freeholders as it could mean it is increasingly difficult to ring- fence interests in residential buildings which have the potential for future development. Similarly, when building a property, developers should always consider collective enfranchisement rights, particularly if on completion there is scope for additional development to be carried out at a later date.

Leaseholders pursuing collective enfranchisement claims should also be aware of what constitutes common parts of their buildings, especially if the terms of their lease confer the obligation on them to maintain such areas. 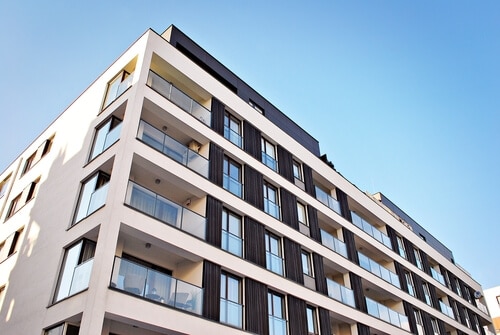