On 6 May 2020 the Supreme Court handed down the highly anticipated judgment in Duval v 11 – 13 Randolph Crescent Ltd [2020] UKSC 18. The Supreme Court has upheld the Court of Appeal’s decision, holding that a landlord of a block of flats is not entitled to grant a licence to a lessee for alterations, which in the absence of a licence, would be a breach of an absolute covenant.

Each lease in a block of nine flats in Maida Vale was subject to a 125 year lease granted in 1981. One tenant in the block requested a licence from Randolph Crescent Limited (“the Landlord”) to carry out structural alterations to her basement flat. Among other things, the works involved removing a 7 metre width of the load bearing wall.

All of the leases in the building were in a standard form, and it was common ground that the proposed alterations would amount to a breach of clause 2.7 of the tenant’s lease. There was an absolute prohibition against cutting or maiming any of the load bearing or structural walls within the flat.

The licence was initially refused by the Landlord following the objection of Dr Duval and her husband, the tenants in the flat above. However, once the Landlord had seen the architectural and engineering reports provided by the tenant, this decision changed and a licence was granted.

Subsequently, Dr Duval issued proceedings on the basis the Landlord did not possess the power to permit the tenant to act in breach of clause 2.7, and the granting of such a licence would be a breach of clause 3.19, the mutual enforceability clause within the lease.

At first instance Dr Duval succeeded, with Deputy District Judge Chambers holding that, pursuant to clause 3.19, the Landlord did not have the authority to waive any of the convents in clause 2 of the lease without the prior consent of all of the tenants in the building, and made declarations to that effect.

A further appeal was allowed, and in the judgment handed down on 18 October 2018, the Court of Appeal found in favour of Dr Duval. It was contended that granting a licence to perform an act which is prohibited within the lease, would ultimately defeat the purpose of having the covenant. The Court of Appeal held the landlord’s waiver of a breach of covenant or a licence to commit what would be a breach of covenant, would amount to a breach of clause 3.19 of the leases held by each tenant within the property.

Upholding the Court of Appeal, the Supreme Court carefully considered the significance of clause 3.19, breaking it down into two parts; (a) the first part of the clause is a promise by the Landlord that every lease within the building will contain covenants of a similar nature to those in clauses 2 and 3 of the lease; (b) the second part is a promise by the Landlord that it will, at the request of a lessee, enforce any covenant entered into by another lessee, subject to providing the Landlord with security of costs.

The Landlord suggested clause 3.19 does not state the covenants in each lease have to be the same; rather it says they must be of a “similar nature”. This therefore accommodates for the possibility that, at the request of a lessee, an agreement could be reached to depart from the terms of clause 2.7.

Dr Duval denied this assertion and claimed that clause 3.19 provides a mechanism for all of the lessees, whereby they know that if one lessee acts in breach of a covenant to which it has agreed to be bound, then any of the other lessees can require the landlord to enforce that covenant.

The Supreme Court agreed with Dr Duval, concluding it would be uncommercial and incoherent to say clause 3.19 can be deprived of practical effect as a result of a landlord giving a lessee permission to carry out alterations prior to another lessee requesting enforcement and providing security of costs.

This case solidified the fact landlords cannot promise to enforce the obligations in a lease to one party and then waive those same rights to another party.

This case could have widespread implications as the mutual enforceability clauses concerned are fairly standard to most modern leases of residential blocks. Although the instant case focused on one particular covenant, being an absolute prohibition against alterations, the impact of this case could be much broader as it will apply to any absolute covenant, for example the landlord could put itself in breach of multiple other leases should it allow one tenant to keep a pet where the lease states pets are prohibited.

Landlords should be aware this decision will not only have an impact on future licence requests; it can also have a retrospective effect.   As the limitation period for a breach of covenant is 12 years, it could mean tenants can challenge licences granted to their neighbours a number of years ago. 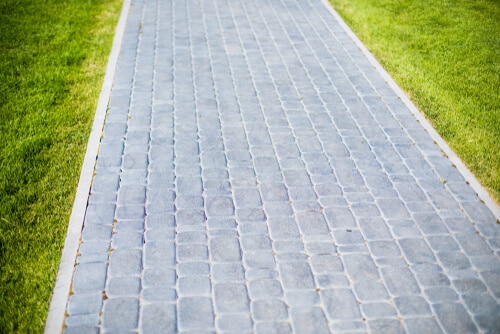