The Court of Appeal has handed down its judgment in the case of The Alexander Devine Children’s Cancer Trust v Millgate Developments Ltd and others [2018] EWCA Civ2679 where it considered and ruled against the modification/discharge of a restrictive covenant following an application under section 84 of the Law of Property Act 1925.  The restrictive covenant in this case prohibited the residential development on an area of open land where planning permission had been granted and construction had already commenced.

However, the developer only brought its application under section 84 of the Law of Property Act 1925 to ascertain whether it could build on the land after it had already built numerous properties intended for affordable housing. The construction was conducted without discussions with the adjoining owner who had the benefit of the restrictive covenant.

The Upper Tribunal modified the restrictive covenant saying that the public interest was best served by allowing the urgently needed accommodation to remain and for the developer to pay for significantly enhanced landscaping features on the adjoining land to shield it from the effects of the development that overlooked it (£150,000 being ordered to be paid as compensation).

The judgment was appealed to the Court of Appeal.

Sales LJ held that the Upper Tribunal did not have the power to modify the restrictive covenant, as the requirement in section 84(1A)(b) which relates to whether the restriction hindered the reasonable use of land and was contrary to public interest had not been fulfilled.

Even though the developer was granted planning permission, it did not equate to an objective assessment of public interest. In this case, the developer had been aware of the restrictive covenant and had the option to seek a release or modification of the covenant, or could have applied under section 84 before it started construction.

Furthermore, the Court of Appeal provided that there was a lack of attention paid to alternative inexpensive housing by the Upper Tribunal. In his judgment, Sales LJ held that “in the Upper Tribunal’s assessment in respect of section 84(1A)(b), although it treated the provision of affordable housing as relevant to the public interest issue, it left that possibility for provision of the same amount of affordable housing by the alternative means it had identified out of account. That was so even though those alternative means of provision would have meant that this aspect of the public interest could be satisfied without the need to override the restrictive covenants”.

The appeal was allowed, thereby sending a message to all developers to invoke the section 84 procedure in a timely and proper manner, i.e before the commencement of any construction work. 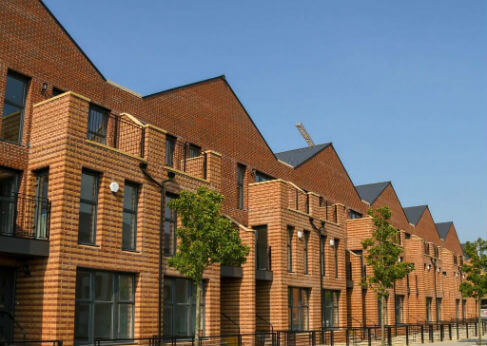