Today, the High Court handed down a Judgment which has significant implications to all future privacy cases. Christopher Hutchings, Hamlins Media Partner was invited onto the Victoria Derbyshire show to give an interview, as a leading privacy law expert, discussing the impact of the Judgment. 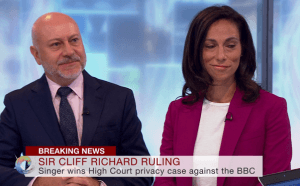 You can watch Christopher’s interview on BBC iPlayer. (Timed at: 45 minutes)

Below is an analysis of that Judgment.

Sir Cliff Richard OBE has been awarded £210,000 damages for misuse of private information.

Summary of complaint: In August 2014, South Yorkshire Police (“SYP”) raided Sir Cliff Richard’s home to look for material in connection with a child abuse investigation. A journalist working for the BBC had been told in advance of the raid and the BBC was able to report on the raid live as it happened. Present at the raid were journalists, photographers and a helicopter broadcasting the event. In 2016 the police confirmed that Sir Cliff was no longer under investigation and would face no charges.

Sir Cliff Richard sued both the SYP and BBC for invasion of his privacy and breach of the data protection act for disclosing the fact that he was under investigation. Sir Cliff said that BBC’s coverage caused him personal distress, damage to his reputation and had an adverse effect on his life.

Before trial, SYP admitted liability and paid the sum of £400,000 in damages to Sir Cliff. Mr Justice Mann found that the BBC had threatened SYP to provide information in respect of the raid and threatened to publish news of the investigation before the police were ready to conduct their search.

Mr Justice Mann found that Sir Cliff’s privacy rights had been infringed by the BBC in publishing the police investigation without legal justification and that its ‘public interest’ defence failed. He held that such infringement gave rise in this case to two types of damages, namely, special damages and general damages. The general damages have been assessed at £190,000 for the serious privacy infringement; a further £20,000 has been awarded for aggravating factor of nominating the story for an award of ‘scoop of the year’. General damages will be paid 20% by SYP and 80% by BBC and aggravated damages 35% by SYP and 65% for BBC as the BBC was a significantly greater contributor to the damage caused to Sir Cliff. This award is towards the top end of the scale for privacy awards and in line with some of the higher awards seen in the ongoing phonehacking litigation in which Hamlins are lead solicitors for all claimants bringing cases against NGN.

There will be a further hearing to quantify the special damages awarded to Sir Cliff. 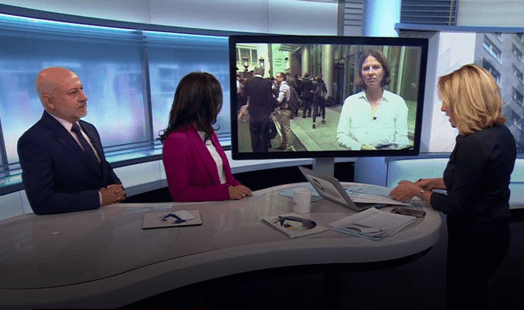